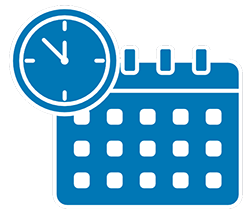 The Times They Are A Changin For Annuities

I remember the early years in Olympia, Washington, learning to sell annuities; it was tough. 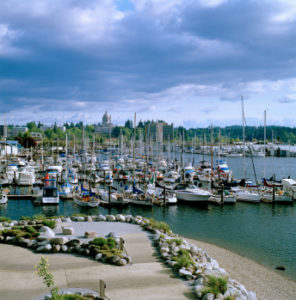 Not only challenging for me but tough for anyone who was anything other than a “stockbroker.” Not only were our products not fully developed, but we were also the “ugly” stepchild of the financial world. Annuities were considered second-class citizens, something to look down upon.

“The times they are a-changing” were the words written by Bob Dylan when he penned yet another masterpiece; the times have indeed changed. Now our products are mainstream and are the darling of many stockbrokers; they seem to love selling them to their clients; after all, they are guaranteed.

Do you remember that world before the meltdown of 2008? Of course, no one ever dreamed that anything would ever happen to the stock market, and certainly not the mortgage market. But, yikes! Look what has happened.

2008 came and went and took trillions of dollars, important dollars that many people depended on for retirement, education, and life. So, where were the stockbrokers then? Weren’t they selling guarantees with their bond offerings? Weren’t they the ones who watched over people’s retirement accounts?

We often hear about fees and expenses, but until just a few years ago, did anyone even imagine how much fees altered the future value of an IRA? A retirement savings account? Now we were told yesterday that 3 large banks (Wells Fargo, JP Morgan Chase, and Bank of America) make over $1.5 billion on just checking account overdrafts in the first quarter of 2015 alone! Their estimated fee intake for 2015 could be over $4.5 billion. How can that be? How can a straightforward segment of our economy make that level of money?

Just like in 2008, one wonders who is minding the store. Senator Warren from Massachusetts is very vocal about how some segments of our financial world might cause risk, yet these three large massive giant banks could book almost $5 billion in profit under her watch. Fees charged to checking account balances, money readily available to them for the taking. Senator Warren, could you possibly be focused on the wrong financial segment?

How has this been allowed to happen? Where is the oversight? How can banks be allowed at that level of revenue? Just think about whom they took the money. Not the rich guys who keep balances well above zero. The ones were hoping the rent check wouldn’t be deposited before payday. No, once again, the banks have enriched themselves on the backs of those who can afford it the least, our country’s working segment and retired.

Our annuity products are respected for what they have always stood for, safety and security. When the stockbrokers didn’t need them, they were the ugly stepchild, but now the demand for the benefits they provide is more significant than ever. So instead of the insurance salespeople of this nation benefiting from the sale of these products, the stockbrokers have gobbled the annuity world and made it their own. Will they be there when times get tough? My guess is no, and I have (sort of) proof.

Please think of the mortgage market and how Wall Street marketed the mortgages of America, cut them into tiny little pieces, and resold them repeatedly. Sure, they were guaranteed but by whom? A company could not afford to pay the claim without a US Government intervention of $800 billion. What happens when the next crash comes?

Stockbrokers will run and hide in new dark places and invent the next product, but what happens to annuities?

Why? For one simple reason, unlike products sold by brokers, our products are highly regulated, with financial reserves and state departments of insurance overseeing them. All done without the help of a senator from Massachusetts who seems to love being in the limelight. I know that the Securities and Exchange Commission (SEC) wants to control our product line, but why? Why would we let them and their grimy fingers get even close to our industry?

The view from my perch is simple, our products work, they are guaranteed, and they fulfill a need; they deliver what they promise. Their only problem is that they are not quite sexy enough for Wall Street, and they need to be spiced up for one simple reason. Brokers cannot sell a boring product like insurance; they can only sell something that doesn’t quite look and sound like a duck. So they have to manipulate it and make it just a little more appealing. Appealing by their standards but certainly not by the people who depend on them for their retirement income.